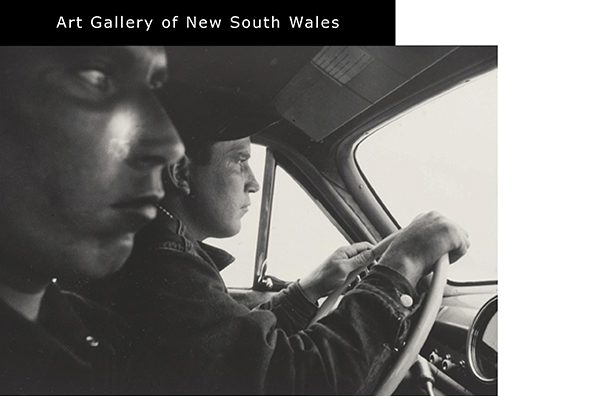 Acquisition of ‘Max after surfing’ (1939/1998), ‘Silver Poplars’ (1982) and ‘Spring Forest; (1982) by Olive Cotton extends the holdings of photographs by this important Australian photographer.

Acquisition of a work from Robert Frank’s seminal 1950s series The Americans is a major event for AGNSW and enriches its holdings of photographic artworks by major international artists joining works by venerable photodocumentary artists Lewis Hine and Dorothea Lange.

The photographs gifted by The Russell Mills Foundation enter the collection of the Art Gallery of NSW but are not on permanent display. They will be included in future exhibitions curated by the gallery from time to time. The artworks can be viewed by appointment with the coordinator of the gallery’s Study Room.

Make an appointment to visit the Study Room
http://www.artgallery.nsw.gov.au/venues/study-room/

Every two years, the Biennale of Sydney mounts a three-month exhibition accompanied by public events and education programs. The Biennale has a strong reputation for presenting major contemporary art in adventurous non-traditional locations such as Sydney’s Carriageworks (Redfern) and Cockatoo Island as well as galleries and museums. While much of the program is hosted in Sydney, the Biennale of Sydney is expanding its programs to provide increased opportunities for more regional communities to experience contemporary art and practice.

The Russell Mills Foundation has given the Biennale of Sydney funds to extend the reach of its regional programs for the 20th Biennale in 2016. The events of this initiative are designed to introduce the key ideas and artist projects of the Biennale exhibition to audiences at regional galleries and art centres across NSW and in Western Sydney.

Another important aspect of this outreach project is that workshops are conducted in local schools. These workshops aim to promote greater understanding and appreciation among young people for the value of the Biennale of Sydney and also of contemporary art and art practice in Australian society more broadly.

Image: Sharmila Samant, Against the Grain, 2008. Installation View of the 16th Biennale of Sydney at the Museum of Contemporary Art. Courtesy the artist. This project was made possible with the generous support of the Keir Foundation and additional support from Bose Pacia Gallery, New York. Photograph: Greg Weight.

One of the most important issues for Australia is ensuring that children not only learn to read, but learn to read well so they can access information and enjoyment throughout life. It is a national disgrace that we fail to meet this objective for some children of the nation’s first peoples who live in remote areas.

The Indigenous Literacy Foundation (ILF) was set up in 2004 with the aim of raising literacy levels in the most disadvantaged communities in Australia.  With the support of the Australian Book Industry, the ILF provides free books in over 230 remote communities across Australia and promotes the writing and publishing of books in the languages of local communities.

The Russell Mills Foundation is supporting a community engagement and publishing project in Yakanarra, a small Indigenous community outside of Fitzroy Crossing in the Kimberley region of Western Australia. Music and singing are a big part of Yakanarra community and culture so the goal of the project is for local young people to produce a community song book. The song book will be written and illustrated by students at Yakanarra School with the assistance of Chris Aitken (a Melbourne-based musician) and an illustrator (to be confirmed).  With the help of local elders the song book will be written in Walmajarri as well as in English. 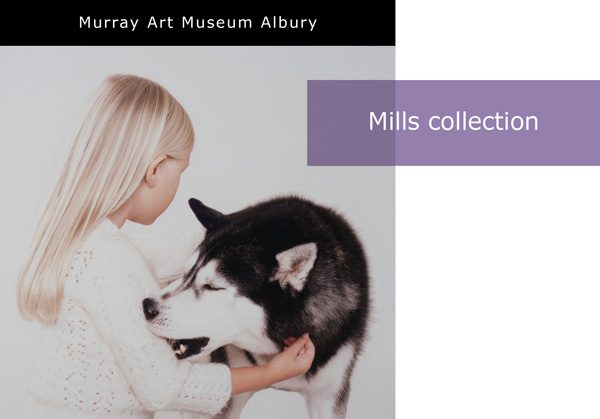 The Murray Art Museum Albury (MAMA) has run the National Photographic Prize since 1983. As a result, it has acquired an outstanding collection of contemporary Australian photographic artworks. The Russell Mills Foundation gave MAMA fifty of Russell’s private collection of iconic photographs, mostly by 20th century Australian artists.  It was one of Russell’s retirement plans to expand his collection, research his acquired artworks and produce a catalogue. Unfortunately he did not live to fulfil his dream.

A gift from The Russell Mills Foundation is enabling MAMA to produce a catalogue of the photographs given to the gallery. It enabled the gallery to acquire works by Carol Jerrems and Rennie Ellis to enrich their permanent collection. The gift also supports touring of the collection to other regional galleries.

It is anticipated that The Russell Mills Collection catalogue will be published early in 2016 and will hopefully include entries about the recently acquired works by Jerrems and Ellis. The exhibition of photographs, Contemporising the modern – Photography from the 20th and 21st Century Gift of The Russell Mills Foundation is showing at MAMA until May 2016. The photographs will then be touring for up to two years and be shown in 8-10 regional galleries around Australia,

Contemporising the modern – Photography from the 20th and 21st Century
http://www.mamalbury.com.au/see-and-do/exhibitions/contemporising-the-modern-photography-from-the-20th-and-21st-century-gift-of-the-russell-mills-foundation 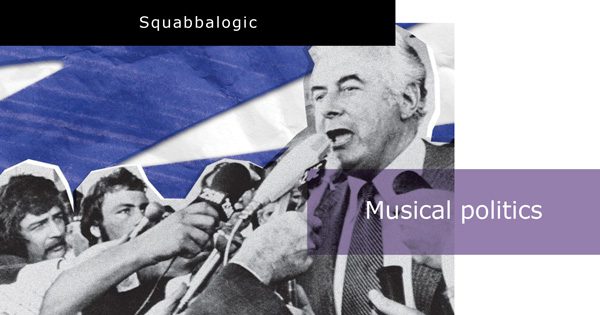 An important part of supporting arts organisations is nurturing innovation. Sometimes innovations lead down unproductive paths. On the other hand, some mad ideas result in theatrical magic. Who, for example, would have expected a musical based on the career of politician Paul Keating to be the phenomenal success that it became?  ‘Keating – the musical’ started as a mad idea, it was nurtured by some adventurous souls, and given life with the assistance of the Belvoir Theatre.

At the launch of the 2015/16 season, Jay James-Moody announced that the creative team of Squabbalogic had had the mad idea of creating a musical based on the dismissal of the Whitlam government in 1975. He also said something along the lines that he was hoping that some adventurous souls might help them get the idea off the ground. One of the Directors of The Russell Mills Foundation was in the audience that night and as Russell Mills might say, thought that the idea was worthwhile. The Foundation is assisting Squabbalogic to have a go at creating “The Dismissal – The musical”.

Will “The Dismissal” be a winner? Who knows. What we do know is that Squabbalogic will give it their best shot and there will definitely be some fun for us all along the way. Look out for news of “The Dismissal” in 2016. Remember … Well may we say God save the Queen, because nothing will save us from “The Dismissal ”.

News about The Dismissal
https://www.facebook.com/squabbalogic/ 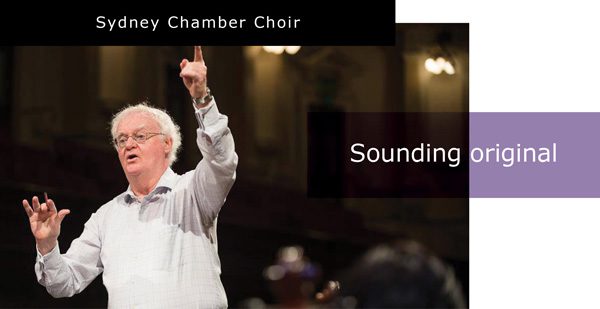 The dynamic Richard Gill takes over from Paul Stanhope as Music Director of the Sydney Chamber Choir in 2016. The Russell Mills Foundation is celebrating the occasion by supporting the choir to present performances of Haydn’s Nelson Mass.  What makes this project even more exciting is that the choir is collaborating with Sydney’s new period instrument band Orchestra Seventeen88 for these concerts.

Haydn’s Nelson Mass is justly a favourite of performers and audiences alike. It has wonderful choruses and terrific solos all underpinned by innovative writing for the orchestra by the master composer of symphonies. The Russell Mills Foundation was pleased to assist the remarkable Richard Gill, the superb voices of the Sydney Chamber Choir and the talented musicians of Orchestra Seventeen88 to present this wonderful work to audiences in style and sounds that would be familiar to Josef Haydn himself. 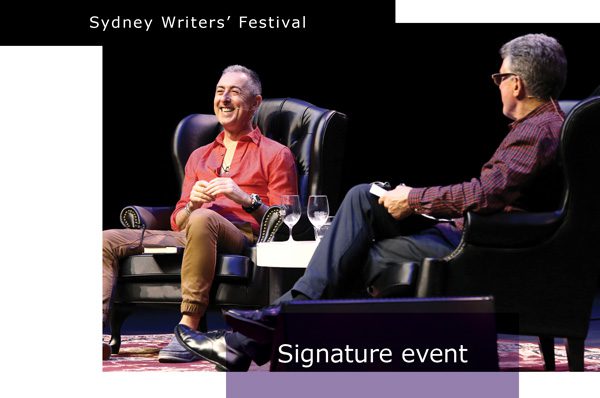 The Russell Mills Foundation is a patron of the Sydney Writers’ Festival and will sponsor a Signature Event in the 16-22 May 2016 program. The actual event will be announced when the program is launched but we can say that it will be focused on ideas that will get people talking.

A wide variety of talks, panels and workshops are presented at the Sydney Writers’ Festival each year. The Russell Mills Foundation (TRMF) has identified an event that aligns well with our objects and Russell’s passion for listening to and engaging in conversations about provocative or challenging ideas. This Signature Event is expected to challenge its audience and get people talking about change. Changes in our own lives and even change for the better in Australian society and possibly our world. Those are lofty aspirations but as Ghandi said, “What is true of the individual will be tomorrow true of the whole nation if individuals will but refuse to lose heart and hope”.(Ref  http://www.brainyquote.com) It would be great thrill for The Russell Mills Foundation to be able to say that we assisted such a process to get started.

'For the support of Arts organisations and organisations involved in raising consciousness of social equity and social welfare in society.'