Russell Mills was born in 1951 and died the day after his 64th birthday in February 2015. As an infant Russell lived with this parents, brother and sister in the town of Scone in rural New South Wales. A few years later the family moved to Young, another country town in New South Wales. In 1958 the family moved to Sydney where Russell lived for the rest of his life. Russell’s early years in country towns left him with a fondness for rural and regional Australia and the lives of families who live there. Nevertheless, Russell grew into the quintessential ‘city boy’. He relished all the excitement, adventure and opportunities that life in a metropolis, like Sydney and his much admired New York, offers. His long-term interests in reading, art, music and theatre grew into passions for festivals of books and ideas, art photography, 20th century architecture, and music theatre, especially the works of Stephen Sondheim. A distinctly Australian perspective ran through his interests: his photographic collection was focussed on Australian artists; he supported the Sydney Writers Festival; he was a benefactor of the Art Gallery of New South Wales; and he subscribed to theatre and music theatre seasons in Sydney and Melbourne. 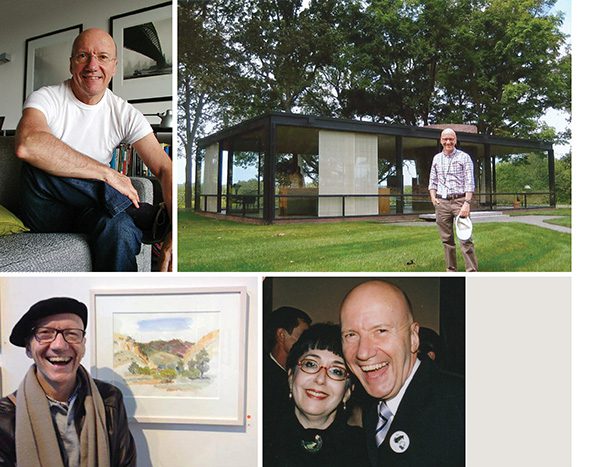 In his professional life, Russell was a senior health care administrator for more than 20 years becoming, in 2001,  Director of Clinical Management for a range of clinical services at Westmead, Blacktown/Mt Druitt, Auburn and Cumberland hospitals in the Western Sydney Area Health Service. He was very active contributor to his profession through his membership of the Australian College of Health Service Executives (as it then was). In 2004, to the amazement of colleagues, family and friends, Russell made a career change and undertook the Certificate V (Enrolled Nursing) Program at Sydney College of TAFE, as an employee of St Vincent’s Private Hospital. He graduated as an Enrolled Nurse in May 2005.  In 2006 he commenced further study and graduated as a Registered Nurse in November 2007. In July 2013 Russell was diagnosed with the asbestos related disease, mesothelioma. At the time of the diagnosis Russell was nearing completion of a Masters degree focusing on two themes: ethical decision making in health care administration and a comparison of patient care delivered by male and female nurses.

As a person Russell had a generous, witty, mischievous and exuberant personality. His gift for being the life of the party in personal life transferred to the workplace as good humoured common sense. Like many extrovert people, however, Russell also had an introverted side. It could be said that the thoughtful introvert in him set the foundation for his life. He was deeply concerned about what he saw as the poor standard of ethical behaviour and debate in public and political life. He was a regular contributor to the ‘Letters to the Editor’ page of the Sydney Morning Herald. He longed for better scrutiny of ethical behaviour and decision making in public and corporate life. He decried the undue and biased influence of media magnates and media personalities on public debate and the formation of public opinion. Above all Russell wanted more emphasis on parties working together to achieve better outcomes to all Australians. He believed that it was possible for the myth of “a fair go for all” could become a solid reality in Australia rather than populist rhetoric.

Russell was pragmatic and practical. He realized that his hopes for the Foundation were lofty ideals. He argued, however, that change begins with individuals who engage with issues and get involved. He attended and supported art exhibitions, lectures and creative performances. He put personal effort into encouraging others to become better informed, to be interested in and take part in conversations about topical issues and politics rather than retreating into cynicism and disinterest. The creation of The Russell Mills Foundation is an outcome of Russell’s ardent passion for encouraging the fine arts and a better, fairer, smarter Australian society.

'For the support of Arts organisations and organisations involved in raising consciousness of social equity and social welfare in society.'